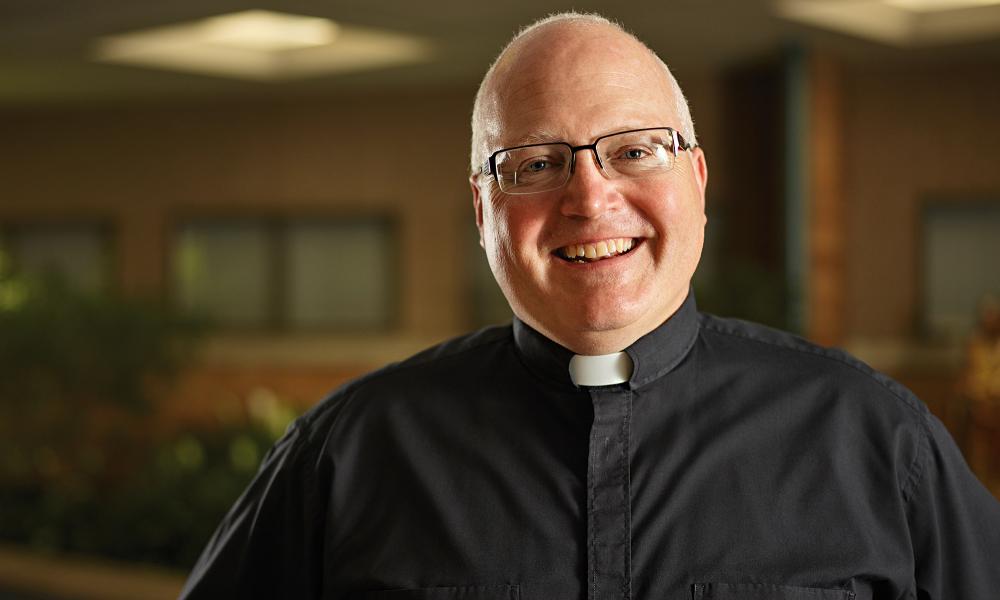 For nearly 2,000 years, members of the Catholic faith have continued the mission of Christ.

And now, in the year 2016, the idea of continuing Christ’s legacy has led the Catholic Diocese of Lansing to consider the Church’s future, and launch the first-ever comprehensive diocesan-wide campaign.

The goal of the Witness to Hope campaign is to not only raise $65 million, but to strengthen the diocesan parishes; to teach stewardship across the diocese; and to emphasize that the Church is universal, and each Catholic has a responsibility to support her. For Father Roy Horning, pastor of Holy Rosary Church in Flint, the campaign is an opportunity for Catholics to “take ownership of our Church.”

Father Roy joined the Holy Rosary family a year ago, and he says that when the bishop assigned him, his mission was to help the parish address its substantial debt, build up the school and strengthen its sense of mission.

Since strengthening the parish is a key component of the Witness to Hope campaign, Father Roy says, “The mission, this campaign, gives us the opportunity to really put back in front of our eyes – this is why we’re here.”

The Church, he says, is getting smaller as people fall away from her, and for those in Genesee County, “it is particularly difficult.”

“The closer you are to Flint, the more you’re affected by the devastating consequences of the loss of manufacturing jobs. Lack of jobs led to a slow, relentless exodus of people. That’s affected families, marriages. It’s affected communities. And unless you grew up in the Flint area, you don’t realize it,” he says.

In addition, many people have left the practice of faith. “For young adults, many find faith is irrelevant to the way they live their life and the way they view the world, or others may not have experienced Church as a spirit-filled community living out the “good news,” and some have been affected negatively by scandals or divisions within the Church.

“Witness to Hope is reminding us who our hope is in, and it’s in Jesus,” he says. “He’s given us the mission … He’s expecting it to be accomplished.”

So, what are we doing in the Lord’s vineyard today, Father Roy asks? “Taking ownership.”

“We’re the Church, folks. There’s nobody else out there who’s the Church. This is ours; this is our mission,” he says. “It’s stewardship, but it’s also ownership. If you pick up any newspaper or turn on any news channel, you’ll quickly see that the world needs Christ.

“The real need is spiritual hunger, and we’re the only ones who can do it. We have to take ownership, and that ownership plays right into stewardship,” Father Roy says. Father Roy explains that having a campaign that focuses on new evangelization is “basically re-evangelizing the people who are still sitting in the pews.” And, to form disciples within the Church, the parishes need to help those “still sitting in the pews” to realize that attending Mass one day a week is not enough to sustain a life of faith, he says.

And the laity, who make up the largest portion of the Church, have a responsibility to the mission.

“It’s amazing when you put before the people a real need and you make a case for the need,” he concludes. “The Church really exemplifies a community that can focus and accomplish a noble goal, especially when it concerns the salvation of souls.”

To read more about the details of the fund-sharing process for Witness to Hope, please visit www.witnesstohope.net/news