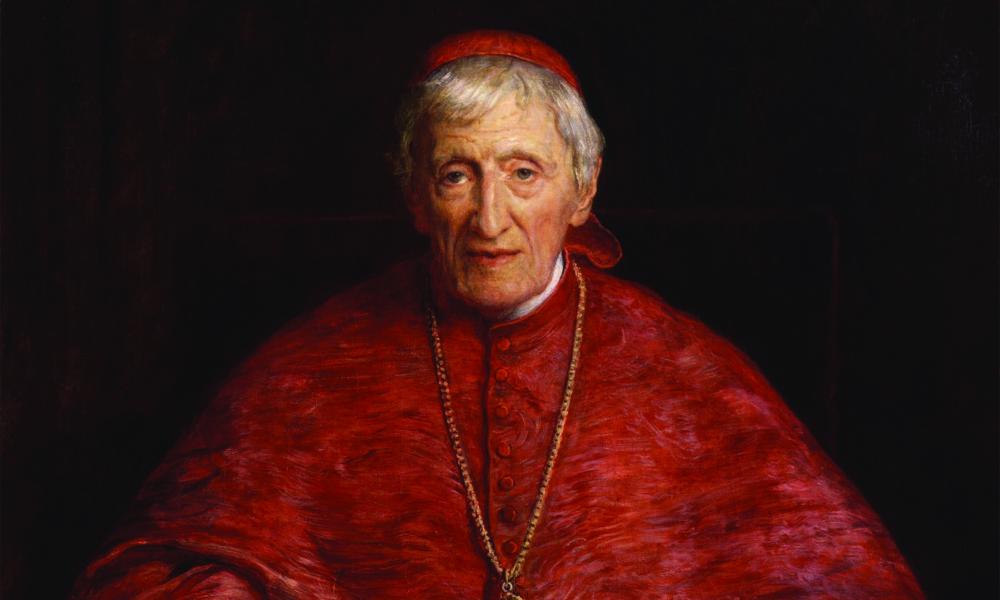 Blessed John Henry Newman, one of the leading Anglican, and then Roman Catholic, theologians of the 19th century, was also celebrated as a much-loved priest and later, cardinal. He, along with four others, will be canonized by Pope Francis on Oct. 13.

Ordained an Anglican priest in 1825, John Henry Newman became a popular pastor, poet and preacher at Oxford. As a leader in the Oxford Movement, Newman studied the writings of the first Church Fathers in an effort to reconnect the Church of England with its origins. He left Oxford in 1842 after being suspended from publishing his work.

Newman was formally received into the Catholic Church in 1845, and ordained a priest in Rome in 1846. Returning to England, he presented lectures against anti-Catholic rhetoric and was charged with libel. When found guilty, his supporters raised funds that exceeded the cost of his fine and legal expenses.

In 1854, Newman became rector of the new Catholic university in Dublin where he continued to write, and he was named a cardinal in 1879. When Cardinal Newman died at the age of 89, more than 15,000 people lined the streets for his funeral.

Inspired by his writings, Catholic ministry centers at non-Catholic universities throughout the world are named for him. The first Newman Center was established in 1893 at the University of Pennsylvania, and Catholic students are still being served today at more than 2,000 Newman Centers on college campuses.

• Thousands of the faithful lined the streets of Birmingham, England for the funeral procession of their much-loved priest.

• Education was a passion of Cardinal Newman. He considered universities and the Church dedicated to the same goal: the pursuit of truth.

• Several of Cardinal Newman’s works were published for collegiate study and his sermons were used as models for homiletics.

• He wrote the hymns “Lead, Kindly Light” and “Praise to the Holiest in the Height.”

Also being canonized on Oct. 13

Sister Mariam Thresia of India founded the Congregation of the Sisters of the Holy Family. The members of her order devoted their lives to prayer and penance while caring for orphans and the sick and poor, and educating girls.

Sister Dulce Lopes Pontes of the Congregation of the Missionary Sisters of the Immaculate Conception of the Mother of God is remembered as the Good Angel of Brazil.  She founded the Charitable Works Foundation of Sister Dulce, one of the most eminent healthcare organizations in Brazil. Sister Dulce was nominated for the Nobel Peace Prize in 1988.

Marguerite Bays of Switzerland was of the Third Order of Saint Francis of Assisi. She dedicated her life to God and helping the poor. She was miraculously cured of bowel cancer in 1854 after asking the blessed Mother’s intercession and received the stigmata a short time later.