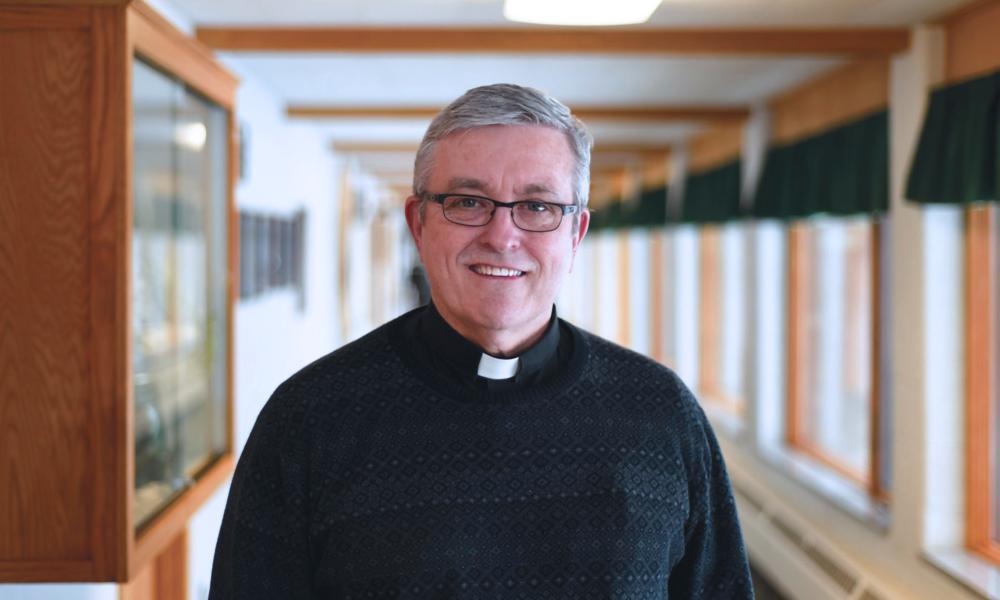 FaithFest16: A family festival of faith

What is FaithFest? It is a celebration of faith and family that will take place on Saturday, June 25 on the grounds of the St. Francis Retreat Center in DeWitt. It is a day filled with faith sharing, live music, food, recreational activities and fireworks. And, of course, there will be opportunities for prayer and Mass with Bishop Boyea. FaithFest is part of Bishop Boyea’s effort to equip disciples in the diocese to reach out and evangelize the wider community.

Why FaithFest? Father David Rosenberg, director of the St. Francis Retreat Center, has made it a priority over the years to provide people with opportunities to encounter Christ. He sees this “family festival of faith” as: “A day of jubilee, a pilgrimage to a family festival of faith. The sort of festival that leaves you with the right kind of joy in your heart for why you are a community. And when you add music to that … Well, St. Augustine said, ‘To sing once is to pray twice.’”

If singing really is like doubling prayer efforts, FaithFest is going to expand the praying power of the Lansing Catholic community in a big way. The talented voices of Matt Maher, Jason Gray, Modern Day Cure, Melanie Rea and many others will be the center of the festival. There will be plenty more to enjoy on the expansive 95 acres of the retreat center beyond the incredible musical talent. Food vendors from 15 to 20 restaurants will be on hand. Numerous booths will be staffed by schools and organizations. A large area to play disc golf, soccer and other sports will be available.

Father David’s desire to bring others to encounter Christ began with his involvement in the Cursillo movement. Cursillo is a lay retreat movement that began in Spain, and dates back to the late 1940s. The founders of the movement were dedicated to helping Catholics know Christ better. Father David recalls his first Cursillo in 1989 as life-changing, and credits that experience with the genesis of FaithFest16.

After a Cursillo experience, participants gather together later to maintain the Cursillo spirit – this is known as an Ultreya, or a pilgrimage. Father David has yearned to provide people with just such an Ultreya experience. As pastor of the Catholic community of St. Mary and St. Ann, Charlotte, Father David worked to provide an annual Ultreya that moved between parishes in the diocese. But he always had something bigger on his heart – and FaithFest is the culmination of that yearning.

The festival begins at 10 a.m., with music starting at noon. Count on seven or eight sets of music, with Lansing’s own Melanie Rea kicking it all off. Matt Maher, who was nominated for two Grammys this year, will perform and direct the music for the bishop’s Mass at twilight. After Mass, Matt and Jason Gray will perform once more, with Jason planning to invite children to the stage for his performance of “Glow in the Dark” before the fireworks begin. Out of the Box Ministries is taking care of all staging needs – including a 50-foot-high stage and two video walls. There will not be a bad seat on the property!

One thing is certain, FaithFest16 promises to be an event unlike any other. Anticipating FaithFest, Father David is most looking forward to seeing joy on the faces of those in attendance. Joy that leads people to say proudly, “This is my faith.”

Father David says, “The Holy Spirit has been telling me that we can have a culture of life that restores the dignity of our church in our culture … The Spirit is moving us to be able to bring joy to dark hearts through a joyful celebration. Mix that with the message of the Catholic Church – that’s a powerful message.

Those who knew Father Larry Delaney know that having 5,000 “family members” at the St. Francis Retreat Center would be right up his alley. Father Larry’s brother, Doug Delaney, fondly recalls that, as the eldest of 10 children, Father Larry was always very supportive of family: “From day one, we’ve encouraged this to be a family event. He would love that.”

Doug shared the motto that helps the Delaney family when facing heartache and trials, the motto they leaned on when Father Larry passed: “We can mourn but we have to move on. We have to continue. FaithFest is the perfect example of fulfilling that.”

Father David also spoke of Father Larry’s influence on the event and shared, “He had a special quality of love in him. The retreat center wouldn’t be where it is today and there would be no platform to have such an event. FaithFest really is Father Larry’s legacy.”

Doug Delaney is in charge of marketing, sponsorships and promotion for FaithFest16.